Sure, there were some lunatics who blamed Governor-elect Glenn Youngkin for the overnight mess in Virginia on I-95 even though he doesn't actually become Governor for another ten days, but most people with brains recognize this massive fail of Government as the reason they were stranded.

Now imagine if you will, being stuck there in an electric car. Does anyone know how long those things can run the heat before the batteries die? 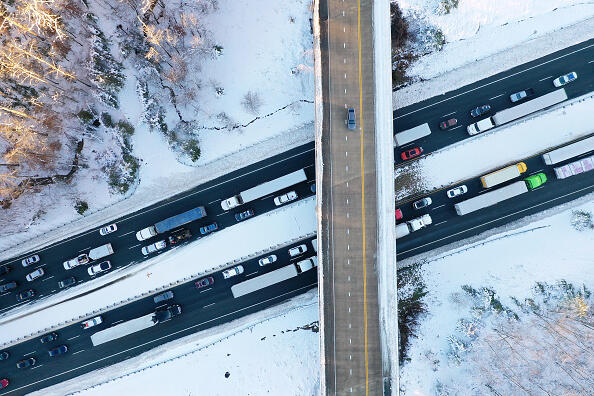 One thing is for sure... I'm really happy I wasn't there and I feel so bad for those who were.

"We gave warnings, and people need to pay attention to these warnings," Governor Ralph Northam said, "and the less people that are on the highways when these storms hit, the better," he told told The Washington Post.

I guess that includes Democrat Senator Tim Kane who was also stuck in the snarl up!

Yes of course social media made fun of Virginia's Governor... and not for the first time!