Each one sounds more scary than the last one, right?

Currently we are dealing with the Rona Delta variant which, if you listen to some of the scare mongers, could kill us all!

It is much more infectious than the original Wuhan Flu and deadly to the unvaccinated we are told... and even some of the vaccinated which is clearly a problem.

In fact that is a major issue because if I am vaccinated AND I had the Rona, why should I be worried about any of it? 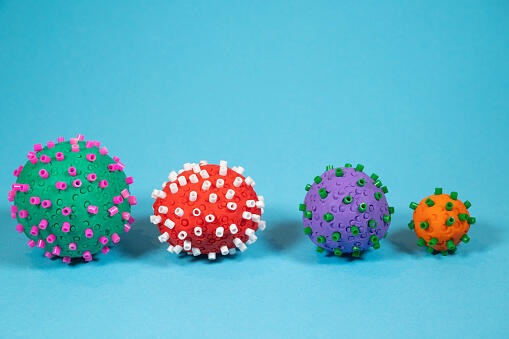 The next one on the radar is the Mu! No one wants the Mu! It has been described as "The Godzilla" of variants. BUT... we are also told the China Virus will be with us forever, just like the flu.

We will need a shot every year say some docs, just as we do with the flu. And according to our Doc who we spoke to on the air yesterday, just like the flu, the annual shot won't be perfect.

Why? Because they have to order the Vax well before Australia gets the first wave in our summer and so just like with the flu, they guess.

So which scares you more? The Rona variants or the Government?