The second wealthiest man in the world wants to destroy the cattle industry and have us all eating fake beef! Why? To save the planet from cow farts of course.

And of we won't do it voluntarily, Bill Gates wants to force us through Government regulation.

“I do think all rich countries should move to 100% synthetic beef,” he said. 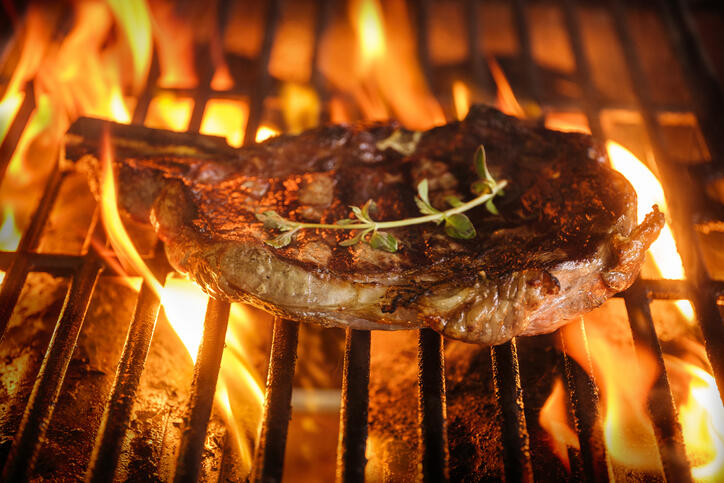 The real deal - steak sizzling on a grill!

“You can get used to the taste difference, and the claim is they’re going to make it taste even better over time. Eventually, that green premium is modest enough that you can sort of change the [behavior of] people or use regulation to totally shift the demand.”

Gates was hawking his new book “How to Avoid a Climate Disaster” which is out tomorrow and was being interviewed by MIT's Technology Review.

Is it possible? Could Government order we only eat fake meat in the future? Will you comply?