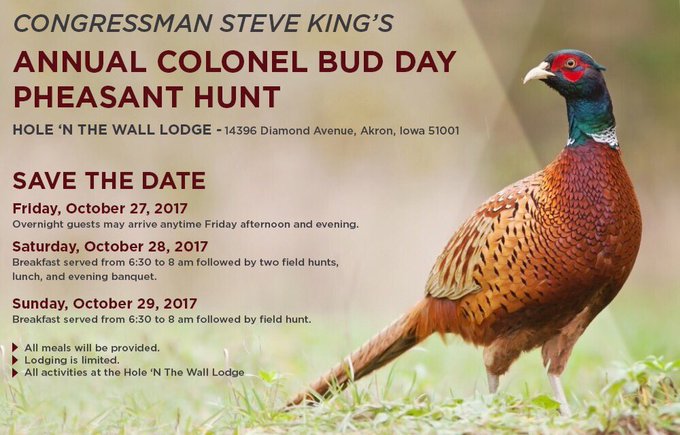 The event is held in Akron, Iowa at the Hole 'N the Wall Lodge October 27-29.

The three-day event includes all meals. The lodging is limited.