RUSH: Okay. This is funny. Gotta listen to this. MSNBC last night on a program called The Last Word with Lawrence O'Donnell. He's got as his guest this Looney Tune guy from California named Eric Swalwell, and they're talking about the coronavirus and the State of the Union show. And listen to this. 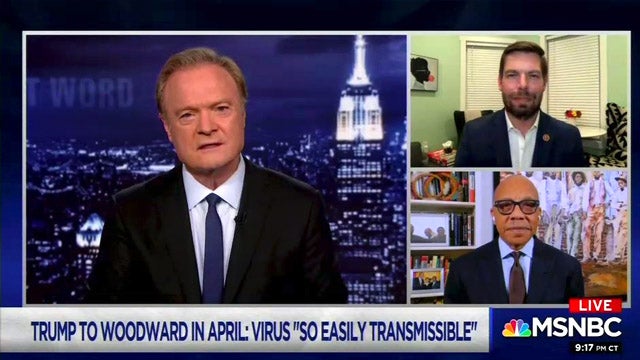 O'DONNELL: Congressman Swalwell, did you attend the last State of the Union Address that the president delivered.

O'DONNELL: The Rush Limbaugh State of the Union Address. Bob Woodward makes the point, uh, in his book that in that State of the Union Address, which is days after, uh, Donald Trump is telling Bob Woodward how deadly the coronavirus is, uh, that Donald Trump spent more time talking about Rush Limbaugh than he did talking about the coronavirus or warning anyone of its dangers.

RUSH: All right. He spent more time talking about everything he talked about than the coronavirus. Does anybody remember when the State of the Union was? February 6th. I don't know about you, but on February 6th there isn't a single soul who thought the coronavirus was ever gonna be a factor outside China. I had been hospitalized about a week prior, 10 days prior. I had the flu.

I was in a precarious health situation so they put me in the hospital and I got over the flu in a day and a half. Immune system was still trucking, I had not begun chemo or anything like that at this point. I remember talking to all the doctors. I was in the hospital two and a half days. I remember Kathryn and I were peppering the doctors about this thing in China, the coronavirus, and there wasn't a single one of them who thought it was ever gonna amount to anything.

This is February 6th when the State of the Union was, and nobody, nobody at that point -- Bob Woodward can sit there all he wants and say that Trump was telling him this about it or that about it, but Trump says, "I didn't want to panic people." It wasn't time yet. This is very early. Trump had shut down travel from China at this point. What more could he do?

But if you go back to February 6th, nobody was thinking about the virus. Now, some might say, "Yeah, and that's the problem. We should have been warned about it." We should have been warned there's this massive virus and if it escapes China and if it comes to the United States, we need to start wearing a mask right now, we want you to start social distancing. No closer than six feet to anybody. We're gonna lock down the country. As soon as Rush Limbaugh gets the Medal of Freedom, we're shutting down the country. Is that what was supposed to happen? As soon as Limbaugh gets the Medal of Freedom at the Rush Limbaugh State of the Union, we are gonna shut down the economy. Is that what they wanted? 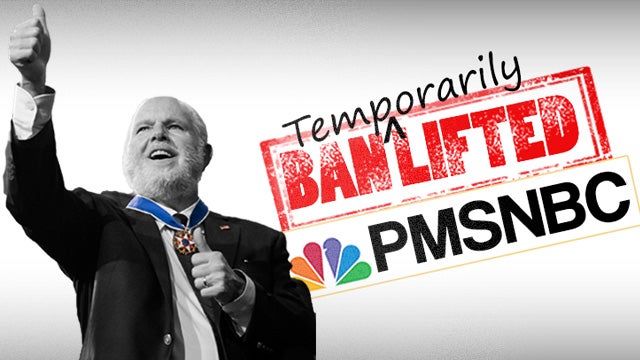 There was no way that was going to happen. But, you know what's funny about it? It's still eating them alive that I got the Presidential Medal of Freedom. And it's gonna continue to eat them alive. It's like a flesh-eating disease, folks. You can just see it. You can just see it chewing away, gnawing away at these people on their brains and every other part of their functioning intellect. They're just beside themselves.