RUSH: I have a news blurb here that says that President Obama will address the nation at 5 o'clock today regarding the death of George Floyd and the protests around the U.S. I do not know if this is true. I probably should not even... I can't walk it back now. The reason why I'm telling you is, see, I thought this would happen within a month of Obama leaving office in 2017.

If you recall, I predicted even... (interruption) Okay. I've just now had it confirmed Obama is making a speech at 5 o'clock. So good. My original source was fine. The thing is this: Even before Obama left office, I told everybody, "Folks, this guy is not gonna sit around and watch his eight years get unraveled. He knows he's gonna have the press on his side.

"So whoever wins..." This is before Trump won. I made this prediction regardless who the president would be, if it were a Republican, that Obama sitting around and the first time anybody did anything to try to unravel Obamacare, there he would be on TV denouncing it, and the press would be hoisting him up and be promoting him. 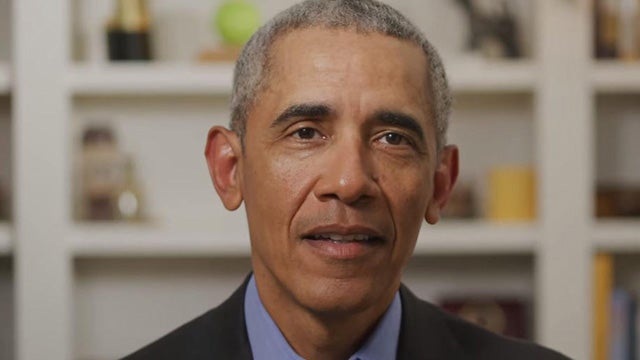 They'd do everything they could to make sure that the new president would be hamstrung and unable to implement his own agenda because Obama would be out there safeguarding his. And this didn't happen. Now, the source is KRON in San Francisco. So they're coming in now, and Eric Holder is gonna be joining him. (interruption) It's gonna be on his website?

I don't want to waste time having you hear me being on the receiving end of little bits of information being imparted to me. My point is that I predicted this, and I was wrong about it. I was wrong about it. Obama did not do any of that. Obama stayed hunkered down in his cave and went over to Netflix with Michelle (My Belle) Obama, and they started making tons and tons of money.

And then they started buying vacation homes on Martha's Vineyard and wherever else they wanted one. Now Obama's gonna do it. Now Obama's gonna come out and he's gonna address the nation -- 5 o'clock today eastern from a website, apparently -- regarding George Floyd's death and the protests around the U.S. So why?

I think, if I had to make a wild guess, one of the reasons Obama is coming out now is to deflect what we have learned about what happened in his Oval Office regarding the investigation of Trump. We now know that Obama's Oval Office led this coup. We know that the people who were implementing the coup -- from Clapper, to Comey, to Brennan, to you name it -- all were given instructions in the Obama Oval Office in the fateful meeting on January 5, 2017.

I don't think... I think the purpose of the Mueller investigation, in fact -- as I have stated -- was to cover this up. I think the investigation was twofold. It was, "You know, try to find a crime or we can invent a crime that Trump's guilty of; get rid of him." But it was also to cover up what had happened on the Democrat Party side of things.

I really believe that from the election through the whole month of December, their effort was to try to convince people that Trump had cheated. "He had stolen the election, he was an illegitimate winner, and he should not be inaugurated." I think that was the purpose. That failed. So Trump gets inaugurated, and then we got the last three years -- lie after lie after lie.

The Trump-Russia meddling investigation, the Ukraine impeachment story, Stormy Daniels, Michael Avenatti, Michael Cohen. It just never ended, and it was all part of overturning the election results of 2016. And now, in the past two-three weeks, guess where the tail leads back to? The Obama Oval Office.

So now Obama -- with his "wingman" right by his side, Eric Holder -- is going to address the nation at 5 o'clock today regarding George Floyd's death and the protests around the U.S. This is clearly an effort to thwart Donald Trump as the current president. It will not be a helpful thing. It will not be something done to help Trump.

It will not be something done to help. It'll be designed as, "We must come together against Trump." He may say those words, don't misunderstand. The objective will be to create a news story where the media can say that Obama sought unity among the aggrieved Americans distressed over the presidency of Donald Trump.

That's gonna be the narrative, that Obama could sit aside no longer.

He could stand aside and stay silent no longer. Not even Barack Obama can watch the nation be destroyed from within as it is by Donald Trump. So he felt the need to overcome years of protocol -- to violate years of manners and American policy -- and he must speak out!He must try to unify America because Donald Trump is doing so much to rip America apart.

RUSH: Now the details on Obama: "Obama to address George Floyd protests in an online town hall today at 5 o'clock Eastern. The former president will participate in the My Brother's Keeper Alliance Town Hall series," part of his foundation out there. "He'll be joined by police reform activists and public figures including former Attorney General Eric Holder.

"This will mark Obama's first on-camera comments since the killing of George Floyd sparked nationwide protests. It's gonna be live streamed on Obama.org beginning at 5 p.m. Eastern." Now, I have to think that over at PMSNBC and over at CNN, they'll probably carry the live feed of the event, give the coverage. They're gonna be anticipating this eagerly and so forth.

Let's go back. Where is the...? I just want to remind you, I did make this prediction. Grab sound bite number 30. I said this a bunch of times. We grabbed this one from January 7, 2014. This is three years before Obama leaves office. So I just... I mean, this was an easy prediction to make. I just was wrong by a number of years.

RUSH ARCHIVE: Obama is going to stay in Washington. Can you guess why that might be? He's gonna stay in town to make sure that whatever he accomplishes is not unwound. I guarantee you, folks, even after he is out of office he's going to be treated by the media as though he is still president. Every Republican -- and this may be the case even with a Democrat president. Whatever the next president does, the media is gonna go to Obama every day. He's gonna have a satellite administration in exile, in Washington. I guarantee you. Do not doubt me. I know these people. I know how he thinks, I know who these people are. I know that's exactly why he's gonna stay there.

RUSH: Now, he didn't do that as they tried to unravel Obamacare. He didn't go on TV. I mean, he was feeding the media with stuff, but it was not publicly done like I thought it would be done. But now he's gonna come out. Now he's gonna go on TV. Now he's gonna appear on camera. Why? Why now? Is it simply because of how outrageous the George Floyd...?

Here comes Obama one day later upstaging Biden. The attempt is to upstage Trump. But I actually think that some of this is happening because of what is now being learned about the effort to undermine Trump and run that silent coup coming from the Obama Oval Office.